Climate March NYC / Comments from reporter Naomi Klein. / The significance of the march

Pennsylvania's Governor Tom Corbett arranges to meet with students of one of the schools that he's been defunding, but cancels when students, parents and teachers make it clear that they were goingto protest his visit. We all assembled anyway.

Protest at Horsham Air Base about proposed Drone Command Center

Demonstration on behalf of Bradley Manning, whose court-martial begins next Monday.

Protesting drones at Horsham Air Base 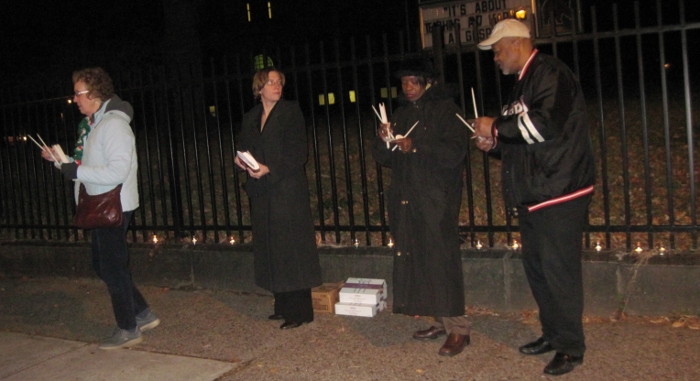 Rally at the School Board to defeat the Knudsen Plan

May Day Rally
Also, same problems that apply to privatized schools apply to prisons as well.

Declare Peace & protest of interception of Boat to Gaza

Philadelphia's Take Back The Night annual march and testimony

UNAC opposed to the wars abroad

Noting the beginning of the 8th year of the Iraq War. Also, protest of how Pfc. Bradley Manning is being treated.

Two protests in support of the citizens, workers and unions of Wisconsin.
MSB Plaza     Love Park

In support of the Egyptian people against their dictator Hosni Mubarak. Update on situation. Videos of another protest shortly afterwards.

March & Rally to End the Wars

Protesting Islamophobia at Temple U.

Fundraiser for US Ship to Gaza

Protest against assault on ship that was attempting to break the seige in Gaza.

Witness For Peace retreat in MD

May Day celebration in Elmwood Park. Also, a buddy from PAW does a Facebook photo page. 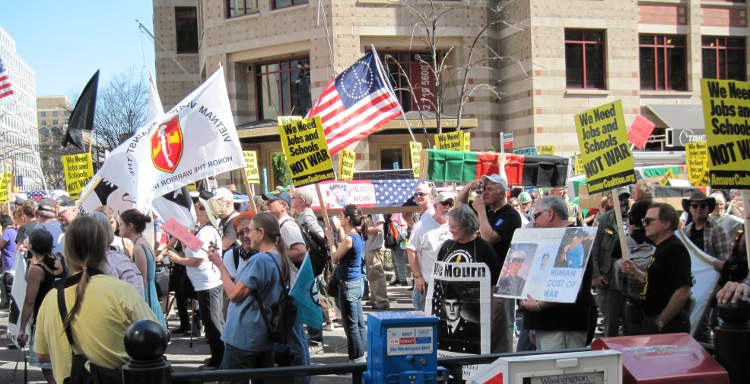 Protest upon 7th anniversary of start of Iraq War.

Young woman passes in front of t-shirts set up to commemorate 300-plus victims of gun violence in the Philadelphia area. The members of Heeding God's Call were on trial nearby. 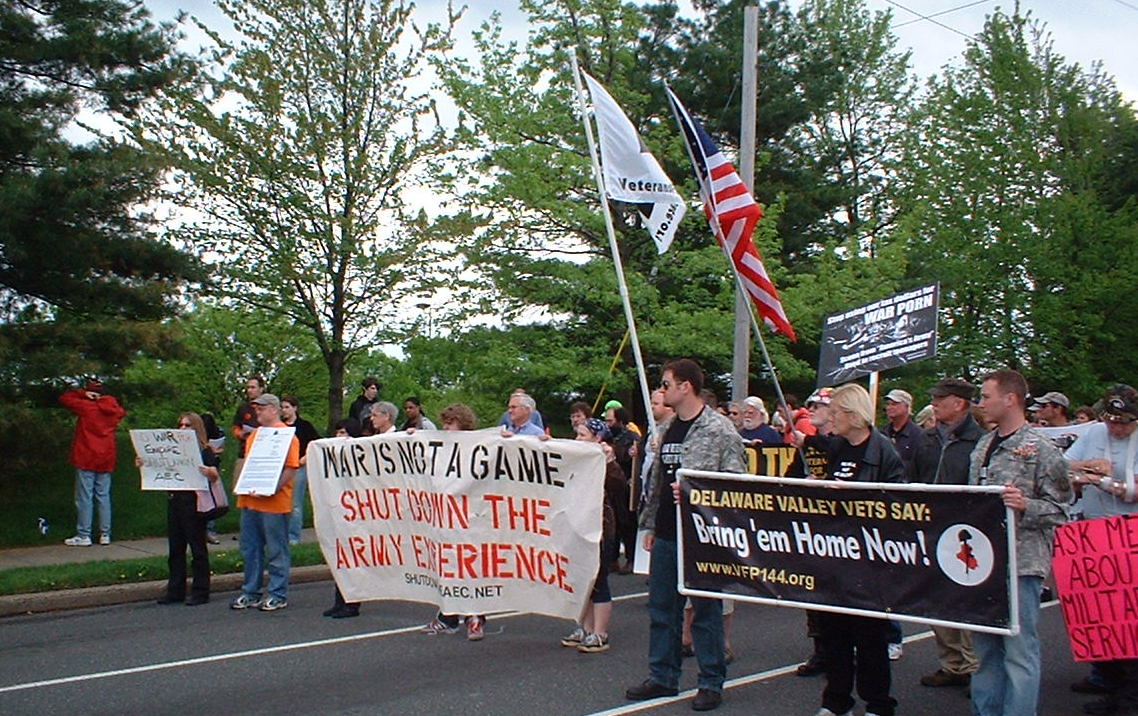 Protest at the Army Experience Center, a US Government experiment in hi-tech recruiting.

Witness For Peace retreat 3-5 April 2009. We discussed ways to energize and expand the peace movement along with local actions we could take.


Sixth Anniversary of the start of the Iraq War
Pictures from demonstration at City Hall
Oh, and if you ever hear anybody talking about the "honeymoon" between Obama and the press corps ever ending? There never was any such thing.

Photo-essay. Cynthia McKinney's boat attacked outside Gaza.
Atlanta Journal-Constitution piece on attack. Update on McKinney. How the residents of Sderot (An Israeli town bordering Gaza and the target for Hamas' missile attacks) feel about the invasion of Gaza and visuals as to what the "Qassams" (missiles) look like.

And just how do Americans feel about the election of
Barack Obama as our 44th President?

File is a PPT slideshow, which can be viewed with either
Microsoft Office Powerpoint no-cost viewer or
with Open Office no-cost office suite.

Philly Against War stages a rally at City Hall

Did we gain a victory? Did the Armed Forces Recruiting Station move away because we were protesting in front of it once a month? Hey, ya never know!

Human Chain Event - took place in coordination with 10 other American cities all on the same day.  Other demonstrations.

Cindy Sheehan visits Philly as part of her campaign to push the Democrats harder to end the war.

The Granny Peace Brigade - a related group to PRAWN

Yet another Tombstones display!

Celeste Zappala with Iraq War vets behind her

We decided to start up yet another regular monthly protest!  Sept07

We were concerned that we might have a sparse demonstration in August.  Code Pink saved us by showing up at our monthly rally near Senator Specter's home!!

Declaration of Peace rally in Philly

One of the Grannies for Peace outside the recruiting station on June 28th.

Bush comes to speak in Philadelphia

These pictures by Monique